It turns out that allergies and other sources of nose irritation can lead to worse migraines. 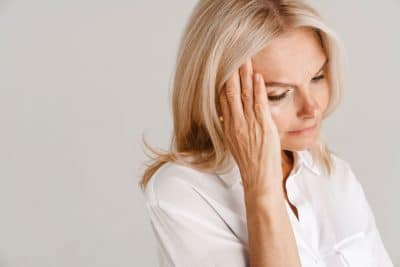 Brand-new research published online in the journal Cephalalgia (Latin for headache) showed that there was a connection between migraines and rhinitis, irritation of the nose.

The results are based on a survey of nearly 6000 migraine sufferers, two-thirds of whom also suffered from allergies and other types of rhinitis.

People with rhinitis were about 33% more likely to experience frequent migraines than those without rhinitis.

They also found that when allergy sufferers got an allergy shot to reduce their symptoms, they had 52% fewer migraines.

Migraine Triggers May Be in Many Places

Research into the nose as a trigger point for migraines confirms what we already know: your migraine may be felt in your brain, but it may be caused by something else. The researchers note that they don’t know which condition is the cause and which is the effect, but the fact that allergy treatment reduces migraines seems to point toward allergies being the cause.

This is similar to the way that TMJ treatment reduces the frequency and severity of migraines. If your migraines seem to be triggered by jaw pain or tension headaches, TMJ treatment may actually be right for you.