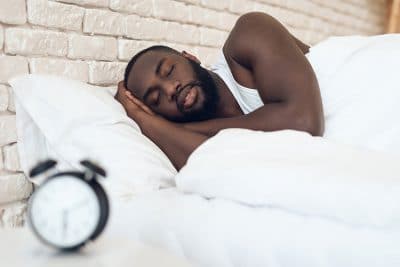 Sleep is one important cornerstone of health. During sleep, our body performs vital tasks, including regulating our metabolism. When a condition like sleep apnea disrupts sleep, it can disrupt the body’s functions, either causing or worsening systemic health conditions, such as diabetes.

The 789 subjects for this study were enrolled in the Jackson Heart Study, the largest study of cardiovascular disease in black Americans. The average age of subjects was 63, and the population was 74% women.

About one quarter of the study population had diabetes, and about a fifth were taking medication to help control their blood sugar levels. Patients wore wrist actigraphy sensors and were tested for sleep apnea using a home test. The results showed 57% of the population had sleep apnea. None were being treated for their sleep apnea. All subjects had their fasting blood sugar levels taken as well as their hemoglobin A1c levels (HbA1c). HbA1c is a good measure of long-term (2-3 months) blood sugar control.

Despite not establishing a causal relationship, researchers still recommended increased screening and treatment for sleep apnea among black Americans. With 57% of the study population having sleep apnea and none being treated, it’s a graphic example of just how many people with previously undiagnosed sleep apnea may be suffering as a result of the condition.

Unfortunately, many doctors don’t realize that there are multiple approaches to treating sleep apnea and prescribe CPAP without giving information about alternatives.

If you want to learn more about treating sleep apnea without CPAP in Denver, please call (303) 691-0267 today for an appointment with a sleep dentist at the TMJ Therapy & Sleep Center of Colorado.