Can BOTOX ® Erase the Pain of a Bad Breakup?

We’re not sure how big a trend it’s becoming, but among the millions of people who get BOTOX ® Cosmetic injections every year, there seems to be a growing number of women who are seeking it out not just to erase the lines left by worry, anger, and crying from a relationship, but the bad feelings that come with a bad breakup.

There is some justification for this, but it’s important that if you’re considering this option you need to make sure you’re still using good judgment. 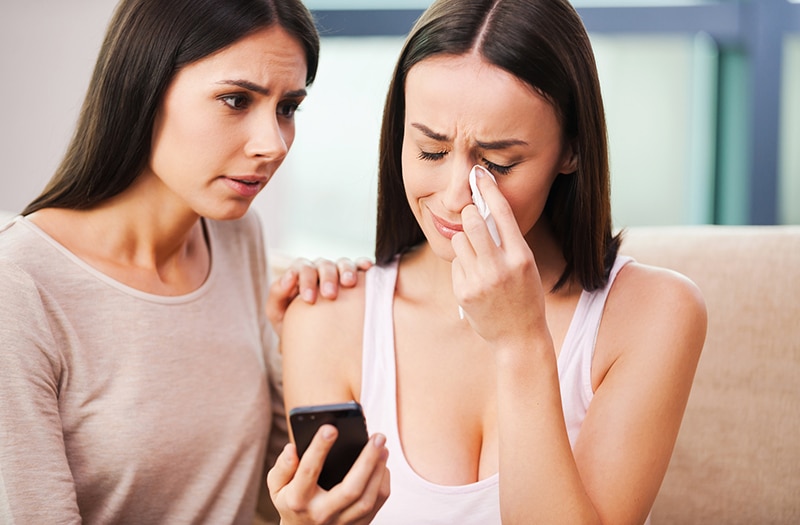 There have been a couple of good studies on the impact of botulinum toxin injections on depression, including ones published in 2009 and 2012. There is also a great deal of unpublished data that has been presented at conferences supporting the benefits of toxing your troubles away.

Basically, the effect relates to the way our brains process emotion. Partly, we frown because we feel sad, but we also partly feel sad because we frown. It’s a feedback loop that intensifies emotion. BOTOX ® Cosmetic injections interrupt this cycle by reducing the amount of movement in your facial muscles. This reduces the amount of feedback given to the brain from your muscles. Essentially, your brain thinks, “I’m not frowning that much, so I can’t be that sad.”

Comparing It to Shopping Therapy or Cheese and Whine

Women who indulge in this particular approach to dealing with relationship stress compare it to other ways that they have tried to cope in the past. One woman described how she and her friends used to deal with a breakup: “We drink, we get together with our girlfriends, we cry, we eat too much, and then we just generally feel worse about ourselves.”

A plastic surgeon, on the other hand, compared it to buying gifts for themselves, “I think it’s similar to a woman going and buying a new pair of shoes for herself because it makes her feel better about herself.”

In addition to the potential for direct intervention in the body’s moods, it’s likely that many people do feel better after BOTOX ® Cosmetic because they like their younger, rejuvenated appearance, which can give them a confidence boost and make it easier to pick up and move on after a breakup.

There’s nothing wrong with this approach to dealing with negative feelings, especially since it seems effective. The only potential concern is that when making decisions in a highly emotional state such as after a breakup, it’s possible that women might not be exercising good judgment. It’s important to remember that, unlike a new pair of shoes, bargain BOTOX injections are not a good idea. You should still carefully evaluate any doctor before agreeing to get any injectable treatment.

If you are looking for a certified and experienced injector of BOTOX ® of TMJ in Denver, please call (303) 691-0267 for an appointment at the TMJ Therapy & Sleep Center of Colorado.

By Dr. Kevin Berry|September 16th, 2015|BOTOX|Comments Off on Can BOTOX ® Erase the Pain of a Bad Breakup?