Sleep problems don’t just make life miserable by causing chronic fatigue; they’ve been linked to some deadly health problems, including cancer, dementia and heart disease. With all the negative things associated with insomnia, few would ever view it as a good thing. With that being said, new research suggests that this common problem could actually improve our memories in a round-about way. 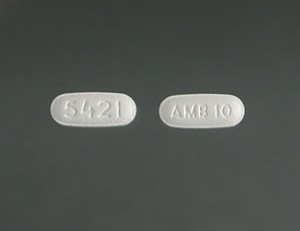 New research suggests that chronic sleep problems may have the power to indirectly improve people’s memories if they’re taking a popular prescription medication to cope. Published in the Journal of Neuroscience, the study found that Ambien appears to somehow enhance the brain’s ability to remember by turning short-term memories into long-term ones more efficiently. To reach their findings, the researchers gave 49 healthy people either Ambien, Xyrem or a placebo. Xyrem is a medication known to decrease so-called “sleep spindles,” a term which refers to memory-making bursts of brain energy that occur during sleep. To see if Ambien might increase these spindles, the researchers evaluated each subject while they slept. In the end, they found that, while Xyrem decreased spindles to levels below what subjects experienced in the placebo group; Ambien had an opposite effect by increasing spindles in a way that suggests the drug may have the ability to aid memory.

What if You Have Sleep Apnea

Despite its benefits, Ambien is a poor option for sleep apneics, who suffer breathing problems which normally wake them frequently at night. While it may be annoying, this frequent waking is the brain’s way of warning the body that it isn’t breathing. Any drug that prevents a sleep apneic from waking could prove dangerous, since it could result in oxygen deprivation due to cessations in breathing.

It’s also important to note that the researchers who conducted this study clearly state that they do not endorse Ambien for use as a memory enhancer due to its negative side-effects; instead, they merely cite this study as having scientific merit that could help give experts a better understanding on how to treat memory disorders, such as Alzheimer’s disease.

If you have sleep apnea, a sleeping pill won’t offer real, lasting relief. On the other hand, oral appliance therapy can do just that by adjusting the jaw to promote clear breathing. To learn more, please call (303) 691-0267 at the TMJ Therapy & Sleep Center of Colorado in Denver today.