How Can You Help Friends and Family with Migraines?

People who suffer with migraines face a number of critical challenges. It’s hard for them to maintain a good work schedule, and just as hard to get relaxation by spending time with friends and family. Seeing their challenges can make you want to help, but what can you do to support people with migraines? 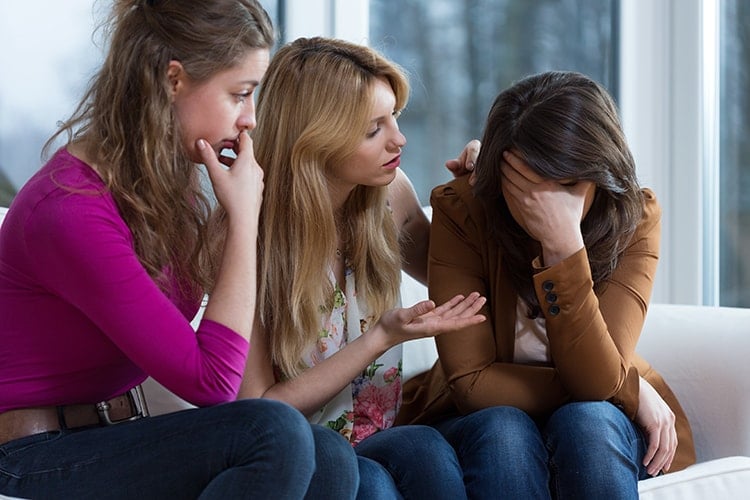 One of the most important things you can do is just accept that they have migraines, and that the migraines are what they say they are. People with migraines often face accusations that they are faking their symptoms or exaggerating them. It’s a constant stress on them.

Don’t Be “Too Helpful”

One of the problems people face when they have migraines is people being too helpful. Sometimes people get bombarded with offers of help when all they really want or need is to be left alone to rest and recover. Also, make sure you’re a close enough friend that your offer of help will be appreciated. Almost anyone can make a blanket offer of assistance, but unless you’re a close friend, you shouldn’t keep offering, and you definitely shouldn’t show up to offer unsolicited assistance.

This goes for just talking about migraines, too. Some people may want to talk about them, while others may not. Let them talk and be a good listener if they want to share, but they don’t want to be bombarded with questions about their condition.

Learn Triggers and Watch for Them

Avoiding migraine triggers is one of the biggest challenges of living with migraines. It can take time for migraineurs to learn their triggers and it’s not easy to watch out for them. You can help by keeping an eye out as well. If you notice an ingredient on the menu that they might have missed, or if you notice a bathroom is full of perfume, you might mention it so that they can decide to avoid the problem.

It’s also important for you to try to accommodate migraineurs when cooking meals or planning events. If you know a friend gets migraines when they eat tomatoes, for example, you might leave them out or make a second dish without tomatoes. Also, alcohol is a very common trigger, so if you notice that most of your events are built around alcohol, it might be nice to set up a few that are alcohol-free.

And, of course, be prepared that friends might sometimes choose to consume foods that trigger migraines because they get tired of constantly living a life restricted by their migraines. Once you’ve made sure they know what they’re doing, respect their decision.

We mentioned before that people with migraines have trouble getting people to accept their symptoms. Friends, family, and, especially, bosses can be dubious of migraine claims. This can make every migraine attack doubly unpleasant because they know they’re going to have to defend themselves after the fact.

Be aware, though, that your advocacy might not be appreciated. Some people prefer to stand up for themselves, and they might not appreciate the way that you’re representing their condition. If they ask you to stop being an advocate, don’t get angry or ungrateful–it’s ultimately their fight, and they have the right to choose their allies.

Encourage Them to Seek and Stick to Treatment

Despite the advances in medical science, migraines can still be hard to treat. Most people with migraines have tried multiple treatments, but despite that the majority of them aren’t happy with the migraine treatment that they have.

Help migraineurs stick to treatments that are successful. Sometimes these can be a challenge, but it’s worth it. Preventive care is especially difficult–making sacrifices to potentially reduce migraines can be hard, and it’s good to have someone’s encouragement.

On the other hand, if a person hasn’t found a successful migraine treatment, they might be wanting to give up. Encourage them to keep looking and help them stay optimistic about new treatment options.

One migraine treatment option that many people don’t know about is TMJ treatment. Temporomandibular joint disorders often trigger migraines, and treating them can reduce the frequency and severity of migraine attacks.

If you are looking for an alternative migraine treatment in Denver, please call (303) 691-0267 today for an appointment with a TMJ dentist at the TMJ Therapy & Sleep Center of Colorado.

By Dr. Kevin Berry|July 10th, 2019|Migraine|Comments Off on How Can You Help Friends and Family with Migraines?