Is Coffee Causing Your Migraines?

For many of us, coffee is part of our daily routine. While one cup of java in the morning might be the perfect pick-me-up, adding too many more caffeinated drinks over the course of the day could be increasing your risk of migraines.

That’s according to a new study, which suggests that consuming three or more caffeinated beverages in a day can increase your risk of having a migraine. The study doesn’t posit a causal relationship–the work is too early for that–but there are several potential mechanisms that could link caffeine consumption with migraines. 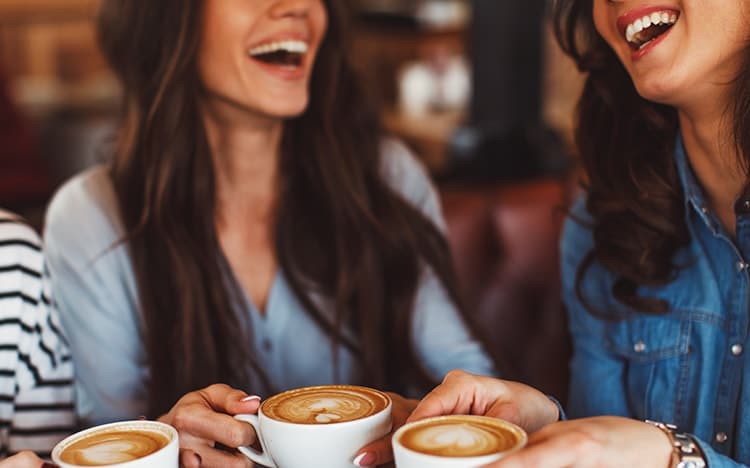 An Association between Coffee and Migraines

In this study, published in August in the American Journal of Medicine in August, researchers looked at the association between caffeine consumption and migraines. They looked at 98 episodic migraine patients with an average age of 35.1 years (83% white, 10% Hispanic or Latino). These patients completed electronic diaries every morning and evening, reporting caffeinated beverage intake as well as other lifestyle factors and the time and characteristics of migraines.

Researchers found that consuming three or more caffeinated beverages was associated with a migraine attack on that or the following day. This association persisted even when researchers accounted for alcohol consumption, stress, sleep, exercise levels, and menstruation, although birth control pills did affect the relationship.

For the purposes of this study, a serving of caffeine was defined as eight ounces of coffee, six ounces of tea, two ounces of energy drink, or a 12-ounce can of soda. Although 22% averaged less than one serving per day, 66% had one or two servings a day, while 12% had three or more servings a day.

Does TMJ Mediate the Link?

Researchers point out that the results are preliminary, and they don’t speculate on the potential mechanism by which caffeine leads to migraines.

One potential cause is bruxism and TMJ. Bruxism (teeth clenching and grinding) is linked to caffeine consumption. The more caffeine you consume, the more likely you are to clench your teeth. TMJ can make bruxism more frequent, and can exacerbate the effects on your jaw muscles. Strained jaw muscles that stress the trigeminal nerve or press on its branches can trigger migraines.

Balancing the bite and protecting against bruxism could reduce the impact of caffeine on migraines.

Does Sleep Apnea Underlie the Association?

Of course, it’s possible that there’s no direct connection between drinking caffeine and experiencing migraines. Instead, they might merely be associated because of a third condition, such as sleep apnea.

We already know that drinking caffeinated beverages in the afternoon is a sign that you have sleep apnea. In addition, we know that sleep apnea is linked to increased migraine frequency. Thus, the association of caffeine consumption and migraines might be secondary.

Migraines are painful and potentially disabling. If reducing the frequency of migraine attacks is as simple as cutting down on caffeine, then that’s a good place to start. However, it’s rarely that simple.

If you aren’t seeing good results from your current migraine treatment and are looking for relief, please call (303) 691-0267 today for an appointment with a Denver TMJ dentist at the TMJ Therapy & Sleep Center of Colorado.

Our office will be closed December 26th in observance of the holidays. Happy Holidays to you and your families! Call (303) 691-0267 to book an appointment. Ok
Go to Top