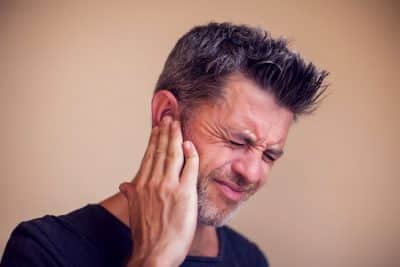 In early September, the FDA gave clearance to the Levo system, a software-based tinnitus treatment designed for use on the iPad and iPod Touch. Utilizing proven neuroscience principles, the software allows you to create a custom masking sounds that you can listen to with your iPod at night.

Levo was programmed by Oregon-based Otoharmonics. The company said it designed the system from the ground up with patient and physician convenience in mind. They utilized existing masking technology and sought to apply it without the need for dedicated hardware. They felt that Apple offered the best tools for making the treatment convenient, effective, and easy-to-use.

First, a patient works with their doctor to identify their unique soundprint, which is a combination of sounds that optimally masks their tinnitus. Then they use their custom-made earbuds to listen to the sound at night via their iPod. The software includes monitoring algorithms that allow the patient to monitor their progress. They can also tweak their soundprint if they find it is not working as well as they would like.

If you’re a tinnitus sufferer, the convenience and ease of device are secondary to its function. You want to know that this device works, but, unfortunately, we don’t have much evidence on that score.

The FDA’s 510(k) clearance system allows devices to be marketed simply because they’re substantially equivalent to other devices already on the market, often with little or no additional studies to prove safety or effectiveness. In the case of Levo, there seems to be zero evidence. There is a mention of “nonclinical testing” on the application to the FDA, but doesn’t give any data.

The application also mentions, though, that Levo is substantially equivalent to the SoundCure device. SoundCure has assembled a lot of clinical data, which may or may not reflect the effectiveness of Levo. The limitations of masking are demonstrated clearly in the most recent study of SoundCure, which shows that about a third of all tinnitus sufferers don’t benefit from any type of sound masking. For people that do respond to sound masking, though, SoundCure seems to work well, which means that for the right candidate it could be a good choice, and, along with it, Levo has potential.

Try Curing Tinnitus before Masking It

Sound masking is a last-ditch effort to try to make living with tinnitus more bearable. But you shouldn’t try to live with tinnitus if you don’t have to. TMJ treatment can actually eliminate tinnitus for some sufferers, and for the others it can lead to significant reductions in tinnitus.

If you want to learn whether TMJ treatment can help your tinnitus, please call (303) 691-0267 for an appointment with a Denver TMJ dentist at the TMJ Therapy & Sleep Center of Colorado.

By Dr. Kevin Berry|September 18th, 2014|Tinnitus|Comments Off on New App Lets You Mask Tinnitus with iPod