As researchers continue to expose the harmful health impact associated with inadequate sleep, more and more people are starting to take sleep disorders seriously. That said, few comprehend just how common these disorders have become. New research indicates that sleep problems have become serious issues for active U.S. military servicemen; and health professionals are becoming increasingly worried about the potential long-term health impact which may not show up until years down the road. 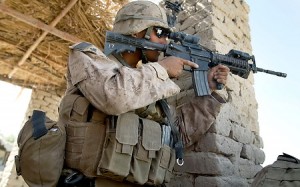 Researchers exposed a disturbing pattern among active American soldiers, when they discovered a shockingly high percentage suffer from insufficient sleep. While some military personnel can blame their sleep issues on circumstantial aspects that keep them from sleeping for long periods of time; the researchers also discovered that a large number suffer from serious sleep disorders, with almost 25 percent experiencing general insomnia and more than 50 percent showing symptoms of sleep apnea.

According to Vincent Mysliwiec, MD, the study’s lead author, while his team expected active soldiers to experience relatively high levels of sleep deprivation; they were shocked to see that so many had sleep disorders.

This revelation should worry military personnel and their families, since inadequate sleep has been associated with a variety of health issues, including dementia, cardiovascular disease, diabetes and cancer.

A Problem for Civilians

While no one knows the exact numbers, some studies suggest as much as a quarter of the general American population suffers from sleep apnea. This means one out of every four people endure breathing problems that promote frequent waking on a nightly basis.

If you are one of the millions of sleep apneics who struggle with seemingly endless nights of restless, troubled sleep; now is the time to seek help. Dr. Berry can provide a reliable, comfortable sleep apnea treatment that will promote clear, unobstructed breathing. Please call (303) 691-0267 at the TMJ Therapy & Sleep Center of Colorado, to learn more.