Why Are There No Prescription Drugs Approved for Tinnitus?

These days, there are medications to control, prevent, or cure virtually any condition that afflicts us. However, some conditions resist pharmaceutical treatment, such as tinnitus, which currently has no FDA-approved drug treatments. Why? 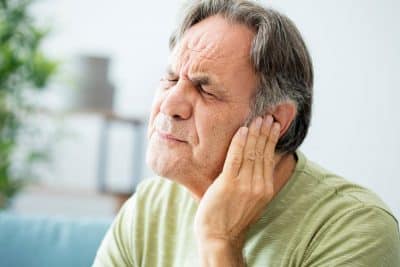 There have been numerous attempts to find good drug treatments for tinnitus. A selection of drugs that have been tested for use on tinnitus include:

People have also evaluated several natural supplements for the treatment of tinnitus, including:

However, despite the numerous drugs that have been tested as tinnitus treatments, none of them have consistently fared better than placebo (sugar pill) in treating tinnitus.

Is the Mechanism Mechanical?

One conclusion to draw from the numerous drugs tried without success is that the mechanism behind tinnitus is mechanical not biochemical. That is, that tinnitus is caused by physical pressure, rather than by chemical effects in the brain. Certainly, the fact that impacted ear wax and TMJ can both cause tinnitus points to mechanical effects, but there remain nerve and brain effects that can’t completely be accounted for. Especially since many drugs can cause tinnitus (including those that have been proposed to treat it, like Xanax, Valium, carbamazepine, and more), it seems that there should be a drug treatment available.

Probably the main factor in our inability to discover an effective drug protocol is that there is not just one kind of tinnitus, but many. We already know that TMJ-related tinnitus seems to be separate from other types and responds well to TMJ treatment, but it’s likely that there are dozens of forms of the condition, each requiring special treatment. If we are able to find markers that distinguish the conditions, groups can be divided according to their type of tinnitus and drugs can be more effectively tested.

If you have TMJ-related tinnitus, or you suspect your tinnitus may be related to TMJ, please call (303) 691-0267 at the TMJ Therapy & Sleep Center of Colorado in Denver today.

By Dr. Kevin Berry|November 6th, 2013|Tinnitus|Comments Off on Why Are There No Prescription Drugs Approved for Tinnitus?