As America’s population is getting older, we see an increased risk of dementia, including Alzheimer’s disease. This condition can lead to dramatically shortened lives for sufferers, and even in its early stages, dementia can rob sufferers of their quality of life. It also dramatically impacts the family of sufferers, who have to watch a loved one’s memory gradually degenerate.

Unfortunately, there are few promising treatments available for dementia. Prevention remains the best way to save individuals and their families from this condition. 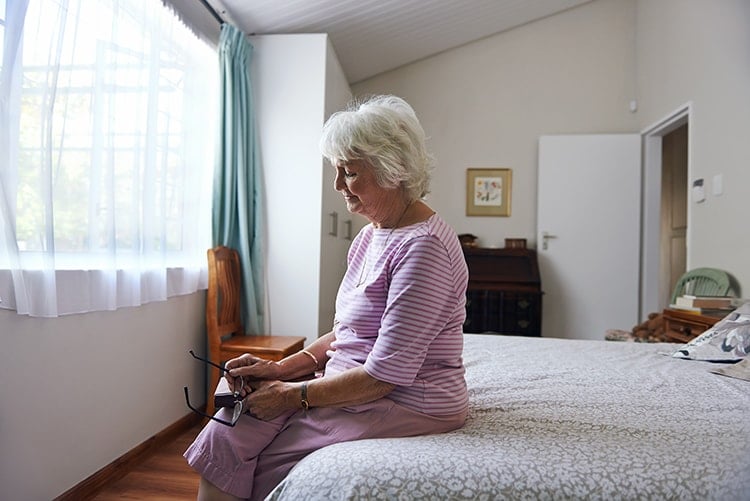 Sleep Apnea’s Impact on the Brain

This study included 83 individuals who were considered at risk for dementia. These subjects, who were age 51 to 88, had neuropsychological testing to determine how much cognitive difficulty they had developed. Subjects also had full lab polysomnography to determine whether they had sleep apnea. Sleep apnea severity was rated in terms of oxygen desaturation (how much the blood oxygen level dipped during sleep) and sleep disturbance (how repeated awakening disrupted sleep). Magnetic resonance imaging (MRI) was used to map the brain of each subject.

Sleep disturbance was also linked to visible brain changes. Some brain changes are common in people with dementia. These brain changes might be related to the brain’s attempt to cope with the loss speech processing power in other places.

Early Diagnosis and Treatment Is Critical

This study helps us see more clearly how sleep apnea contributes to the development of dementia, including Alzheimer’s disease. It fills a vital gap in our understanding of the link between these two conditions. We now have studies that show how sleep apnea is linked to chemical and physical changes in the brain before dementia starts. And we have studies showing that sleep apnea is linked to early onset dementia. Now we have a study that links sleep apnea to the specific changes that are responsible for cognitive difficulties. The progression from sleep apnea to dementia seems clear.

What is also clear is that sleep apnea treatment can potentially prevent or delay dementia. But for successful prevention, we need to start early. That means people need to be aware of the risks of sleep apnea, get diagnosed with the condition, and find a successful treatment for them.

When you learn that you have sleep apnea symptoms, it’s important to get a sleep test for proper diagnosis. Then you need to find a sleep apnea treatment that’s right for you. CPAP can work, but it’s not right for everyone. Many people get just as much relief from sleep apnea as from CPAP.

If you would like to learn more about the benefits of sleep apnea treatment in Denver, please call (303) 691-0267 today for an appointment with a sleep dentist at the TMJ Therapy & Sleep Center of Colorado.

By Dr. Kevin Berry|August 9th, 2018|Sleep Apnea|Comments Off on For People at Risk for Dementia, Sleep Apnea Causes Brain Changes