Sleep is critical to our body’s overall health and proper function. So it makes sense that a condition like sleep apnea, which disrupts sleep, would have far-ranging effects on our health. That’s why it’s not a surprise that new research has reaffirmed the potential link between sleep apnea and cancer. Although this study only demonstrates the link in women, previous research and the nature of the conditions shows us that there is likely an actual connection between the two conditions. 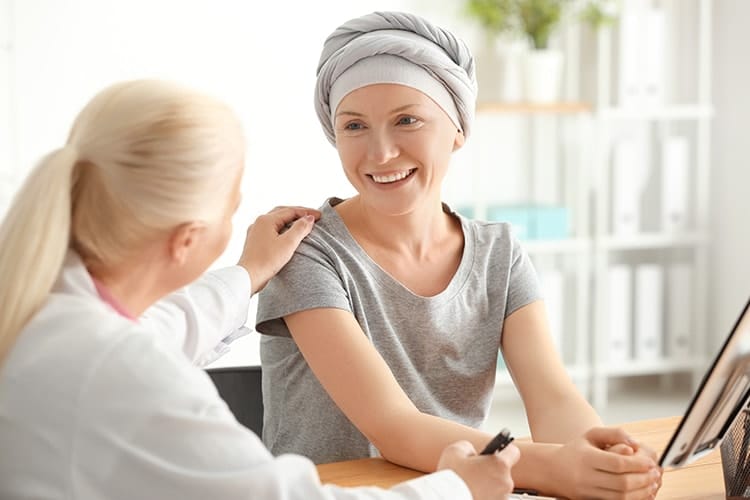 In this study, researchers at Aristotle University of Thessaloniki used data from the European Sleep Apnoea Database (ESADA) for more than 19,000 individuals over the age of 18 from 2007 to 2016. They recorded the age, BMI, smoking status, and alcohol consumption for each individual.

They then looked at cases where these individuals were diagnosed with cancer. There were a total of 388 cancer diagnoses among this population–about 2% incidence–160 women and 228 men. Breast cancer was most common among women, while men developed prostate cancer more than any other type. Correcting for known risk factors, they found that women were statistically more likely to develop cancer if they had sleep apnea than if they didn’t. The risk factor didn’t hold up for men.

Why the Gender Difference?

Researchers don’t know why the impact of sleep apnea was different for women and men, but this is not the first time researchers have pointed to increased sleep apnea risks for women. In 2013, a study showed that women were more likely to develop sleep-apnea-related heart troubles than men were.

Possible explanations they proposed include:

In addition, it’s possible that women’s sleep apnea might be more underdiagnosed. Since sleep apnea is thought of as a men’s health problem, women might go longer with undiagnosed sleep apnea. This could mean that they spend more time suffering from the condition before they get potentially life-saving sleep apnea treatment.

Does Sleep Apnea Cause Cancer?

In this study, researchers were quick to note that they aren’t saying that sleep apnea “causes” cancer. However, there are a number of studies showing that sleep apnea can increase cancer risk in a wide variety of people. A long-term study showed that overall people with sleep apnea were 2.5 times more likely to develop cancer and 3.4 times more likely to die from it. A 2017 study also confirmed a potential mechanism for increased risk: vascular endothelial growth factor (VEGF). VEGF stimulates the growth of blood vessels. Tumors need more blood vessels than healthy tissue because they have higher oxygen and nutrient demands. This means that cancers depend heavily on VEGF, and sleep apnea increases the levels of VEGF in the blood. Perhaps more critical, research has shown that poor sleep decreases a person’s odds of cancer survival.

Do You Have Sleep Apnea in Denver?

With this research, it seems even more important to get sleep apnea diagnosed. The sooner your sleep apnea is diagnosed and treated, the more you can benefit.

To learn more about diagnosis and treatment options for sleep apnea in Denver, please call (303) 691-0267 today for an appointment with a sleep dentist at the TMJ Therapy & Sleep Center of Colorado.

By Dr. Kevin Berry|May 29th, 2019|Sleep Apnea|Comments Off on Sleep Apnea Linked to Cancer in Women