Which Women Are More at Risk for Sleep Apnea in Pregnancy?

That’s the focus of a new study from the NIH’s Eunice Kennedy Shriver National Institute of Child Health and Human Development (NICHD). It tried to identify which risk factors contributed most to snoring during pregnancy, and found that snoring, BMI, and age were all significant risk factors for sleep apnea during pregnancy. 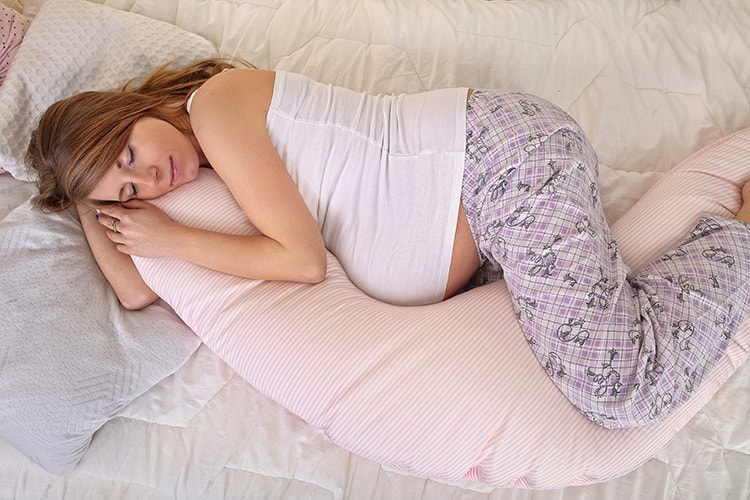 To try to identify risk factors, researchers wanted to get a large sample of pregnant women. For this study they recruited more than 3200 women in early pregnancy (classified as 6 to 15 weeks) and more than 2500 in mid-pregnancy (22 to 29 weeks). The women were given a basic exam to collect relevant data, as well as a questionnaire that focused on sleep-apnea related topics, such as sleep habits, snoring, and daytime sleepiness. Then they were given a home sleep test to check for sleep apnea.

It turned out that 3.6% of the women in early pregnancy and 8.3% of those in mid-pregnancy had sleep apnea. Researchers then correlated the data they had to see which factors were the best predictors of sleep apnea.

Researchers are hoping that they can use their data to create a good sleep apnea risk calculator for doctors and hospitals to use.

As we are focusing in on proper screening methods for detecting sleep apnea in pregnant women, we have to answer the next question: how to properly treat sleep apnea during pregnancy.

The first answer of the medical establishment is CPAP, as it has always been. A new clinical trial called SOAP (Sleep disordered breathing, Obesity, And Pregnancy) looking at the use of CPAP to treat sleep apnea in pregnancy is supposed to be completed later this year.

But it’s likely that the results will be the same for pregnant women that they are for other at-risk populations with sleep apnea: CPAP works if you use it, but too few people use it.

For many women, a more effective and more comfortable treatment may be oral appliance therapy, which is easy to adapt to and easy to use. The only question is whether doctors and insurance companies will give them access to it.

If you are looking for comfortable, convenient sleep apnea treatment in Denver and you’re not succeeding with CPAP, we can help. Please call (303) 691-0267 today for an appointment with a sleep dentist at the TMJ Therapy & Sleep Center of Colorado.

By Dr. Kevin Berry|March 1st, 2018|Sleep Apnea|Comments Off on Which Women Are More at Risk for Sleep Apnea in Pregnancy?