If you have sleep apnea, you might be considering postponing getting treatment until later because of the coronavirus pandemic. While many people focus on some of the long-term risks of sleep apnea, such as increased dementia and cancer risk, it’s important to understand that not all of the consequences of sleep apnea are far off. Some of them can be immediate, underscoring the need for urgent treatment of sleep apnea at all times, including now. 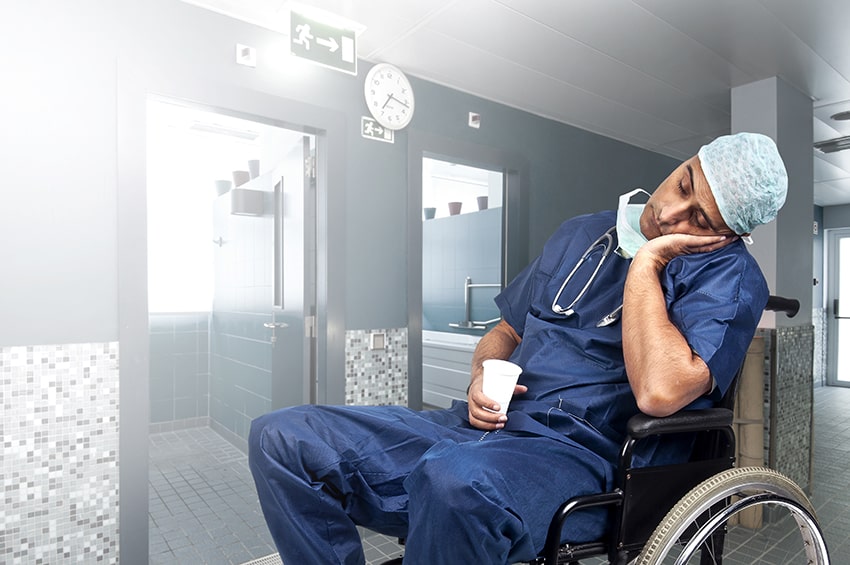 One of the most lethal consequences of sleep apnea is heart disease. Sleep apnea can dramatically increase the risk of death by many different cardiovascular problems, from heart failure to stroke.

Risks become even greater for people with other risk factors. For example, a 2018 study showed that hemodialysis patients with sleep apnea were about three times more likely to experience sudden cardiac death than those without sleep apnea.

Accidents are an unpredictable, but potentially lethal consequence of sleep apnea that can happen at any time.

Other workplace studies have shown similar or more serious connections, but this one is especially relevant now, as many hospital workers are being asked to work especially hard right now, taking on extra shifts under grueling conditions.

Some might object that although these conditions have immediate consequences, they don’t prove that sleep apnea treatment provides immediate relief. However, there are many studies that show people can rapidly respond to treatment.

Perhaps the most dramatic demonstration of this was a 2018 study comparing 30-day readmission rates among people who did or did not use their CPAP machines after being released from the hospital. This study found that those who didn’t use their CPAP were 3.5 times more likely to be readmitted for any reason within 30 days, and 2.3 times more likely to be readmitted for cardiovascular problems. That is a dramatic demonstration of the impact of sleep apnea treatment in the short term.

If you have been diagnosed with sleep apnea, it is urgent that you get an effective sleep apnea treatment that will help you. For many people, CPAP works. Unfortunately, the readmission study (among others) shows us that about half of all people prescribed with CPAP just don’t use it, which means their sleep apnea is essentially untreated. The good news is that there are alternatives, such as oral appliance therapy.

If you are among the people who can’t adapt to CPAP or want to try an alternative, we can help. Please call (303) 691-0267 today for an appointment with a sleep dentist at the TMJ Therapy & Sleep Center of Colorado in Denver.