Sleep Apnea and Depression: Is There A Connection?

Sleep apnea is among the many conditions that can contribute to depression, such as TMD and tinnitus. Now a new study says that treating sleep apnea leads to an improvement in depression as well. The study is notable because it’s a meta-study looking at nearly two dozen previous studies, and it showed that both CPAP and oral appliances are effective at reducing depression symptoms.

This new meta-study compiles results from 22 studies relevant to the impact of sleep apnea treatment on depression. Most of the studies, 19, looked at the effectiveness of CPAP, but there were five studies that looked at oral appliances, with two studies that used both. Results showed that both treatments led to improvement in depression symptoms. 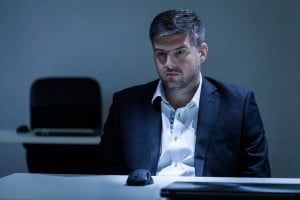 Researchers said that CPAP results were less consistent. Though all showed some improvement, some showed much more improvement than others. This was attributed in part to the wide disparity in design among the many studies. Not only did the studies differ in their size (from 23 to 391 participants) and length (from 1 to 24 weeks), they also varied in the depression scales they used. Researchers note that none of the depression scales used have been validated for people with sleep apnea. Oral appliances were more consistent in their results, but the difference was smaller.

This is an important study because it proves again that both CPAP and oral appliances provide effective sleep apnea treatment, and that many sleep apnea symptoms resolve with treatment.

The studies compiled for this meta-analysis were published by August 15, 2014.

Is Sleep Apnea behind Your Depression?

If you would like to learn more about sleep apnea treatment in Denver, please call (303) 691-0267 for an appointment with a sleep dentist at the TMJ Therapy & Sleep Center of Colorado.

By Dr. Kevin Berry|January 5th, 2015|Sleep Apnea|Comments Off on Sleep Apnea and Depression: Is There A Connection?