Smells That Cause (and Cure) Migraines 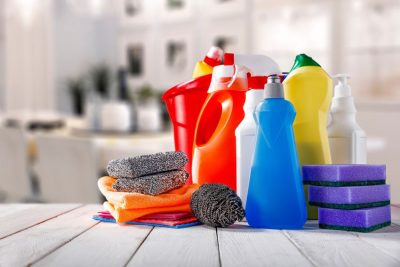 There are many different types of migraine triggers, and it’s important for you to be aware of which ones are most likely to trigger yours. An important one to consider is smells. From 20-90% of migraine sufferers experience headaches caused by smells, and are sometimes said to be the second most common migraine trigger. In fact, more recent studies have suggested that smell sensitivity is a clinical marker of migraine. They say that it can be used to distinguish between migraines and tension headaches or other primary headaches.

However, there is also a potential for smells to have a curative effect on migraines.

Other studies have identified different odors that result in migraines, including cooking smells like onion or fatty, fried food (could be related to glutamate).

Not everyone experiences odors as a regular trigger, meaning that the same odor consistently results in a migraine headache.

People may experience odors as part of their aura. Sometimes this even takes the place of a visual aura. Most often, the imagined smells are of burning or burnt substances. Other times, people lose the ability to distinguish smells.

When you understand your migraine triggers, you can master your migraines. It also lets you describe your triggers better to your physician. Since we understand that odors trigger migraines this can help you get a positive migraine diagnosis.

However, the nose news isn’t all bad when it comes to migraines. A recent study suggests that some people may actually be able to use smells to cure their migraines. A group of 50 migraine sufferers were given a pen-like inhaler with a green apple scent. Researchers used green apple because previous research indicated it had a positive effect on stress.

They found that for the 35 participants who didn’t like the green apple scent, the odor had no effect. However, for the 15 participants who did, smelling the odor led to significant reductions in their migraine severity. This is very preliminary research, but it does indicate that for some people at least, positive smells may be a way to reduce migraine pain. In addition, some research suggests that essential oils could give TMJ relief. Since TMJ can trigger migraines, this can help you reduce or eliminate your migraines.

TMJ treatment, though, is a more reliable way to not only reduce migraine pain, but it can reduce the frequency and severity of migraine attacks. If you would like to learn whether this can help your migraines, please call (303) 691-0267 for an appointment with a Denver TMJ dentist at the TMJ Therapy & Sleep Center of Colorado.

By Dr. Kevin Berry|July 22nd, 2020|Migraine|Comments Off on Smells That Cause (and Cure) Migraines