When Tinnitus Becomes an Entire Orchestra 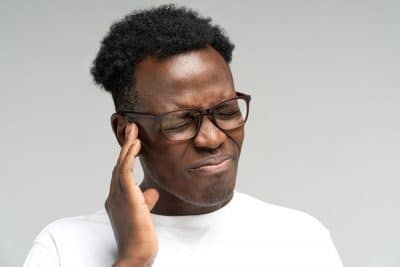 Tinnitus is often called ringing in the ears, but it’s not just ringing. People report roaring, buzzing, and sometimes speaking. In the case of one 69-year-old British math teacher, her ringing turned into music. Although this may seem more pleasant than your usual ringing in the ears, the condition, known as “musical hallucinations” is still disruptive.

It Began as Tinnitus

The math teacher, who withheld her name in connection with a study for Newcastle University, said her condition began as simple tinnitus, with just a single tone in her head. Slowly, more tones were added, but, she said, these were always in a minor key, which made them “very depressing.”

It’s in the Brain

According to imaging of the woman’s brain, a network of brain areas light up when she hears the sounds. These are the areas typically associated with processing and remembering melodies and music. When she listens to actual music, it suppresses the internal music, and actually allows her to control the music she hears.

These hallucinations form because the brain strives to make sense of the sounds it is experiencing. Sometimes it succeeds in turning the sounds into music.

Typically, musical hallucinations are associated with tinnitus, but it can develop from other causes, such as anomalous blood vessels in the brain, or a brain tumor. They may be associated with epilepsy and Alzheimer’s, so it’s important to mention other symptoms to your doctor, such as vision changes, dizziness, headaches, speech problems, and more.

If you suffer from early stage or advanced tinnitus, TMJ treatment may be able to help. To learn more, please call (303) 691-0267 at the TMJ Therapy & Sleep Center of Colorado in Denver today.

By Dr. Kevin Berry|January 29th, 2014|Tinnitus|Comments Off on When Tinnitus Becomes an Entire Orchestra