Tinnitus Masking Devices: When You Can’t Live with Tinnitus or Treat it

Tinnitus is one of the more mysterious symptoms of TMJ. The strange sounds that people hear can range from ringing to buzzing to clicking or even what sounds like mumbled talking. For sufferers, tinnitus can be unbearable, a distraction that makes focusing impossible. It may also make it hard for people to hear the sounds they want to hear, such as people who are talking to them. For some people, tinnitus masking devices can suppress the sounds and improve their quality of life.

What Are Tinnitus Masking Devices 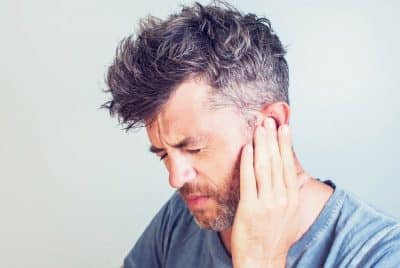 Tinnitus masking devices (TMDs for short, which is confusing because TMD is an alternate acronym for temporomandibular joint disorder) work by introducing more sound into your ear to reduce or eliminate the nuisance of tinnitus.

You may think this is like having two kids screaming in the kitchen instead of one, but it’s not at all. Tinnitus masking is a sound that is used to actually reduce what you hear, similar to the way noise cancelling headphones work.

In its infancy, doctors would strike a tuning fork near the ear of a tinnitus sufferer, and the sound would go away for a minute or more. Now, advanced studies of the phenomenon of tinnitus have shown how best to cancel out the irritating noise, and this has been incorporated in several different devices that can be worn like hearing aids.

TMDs use several different principles, including:

Before you purchase a TMD, you may want to try masking with less expensive options. CDs and downloadable tracks offer appropriate sound samples, and smartphone apps give you a wide selection of samples to choose from.

How Effective Is Masking?

Masking has both its supporters and critics. Although there is enough evidence of its effectiveness to support FDA approval of these devices, many do not believe that these devices actually offer an effective treatment option. Studies of their effectiveness vary, with researchers reporting anything from 50% to 92% effectiveness.

Before You Settle for Masking

If you are considering a masking treatment for tinnitus, it’s important to consider all treatment options that may actually eliminate your tinnitus. There is growing evidence that TMJ causes a distinct form of tinnitus that may not respond to other treatments. TMJ treatment has proven very effective at reducing or eliminating this type of tinnitus.

To learn more about TMJ treatment for tinnitus, please call (303) 691-0267 at the TMJ Therapy & Sleep Center of Colorado in Denver.

By Dr. Kevin Berry|November 6th, 2013|Tinnitus|Comments Off on Tinnitus Masking Devices: When You Can’t Live with Tinnitus or Treat it