Sleep apnea has been linked to an elevated risk of dementia, including Alzheimer’s disease. And it’s been shown to make it more likely that you develop dementia at an early age.  But there are still some gaps in our knowledge. Most importantly, we don’t yet know whether treating sleep apnea will reduce your risk of dementia.

There are strong causal mechanisms that can tell us that sleep apnea is likely causing dementia, but we don’t know how soon we have to start treatment to stave off the damage, or which treatments are not. But now a new study promises to answer these questions for us. 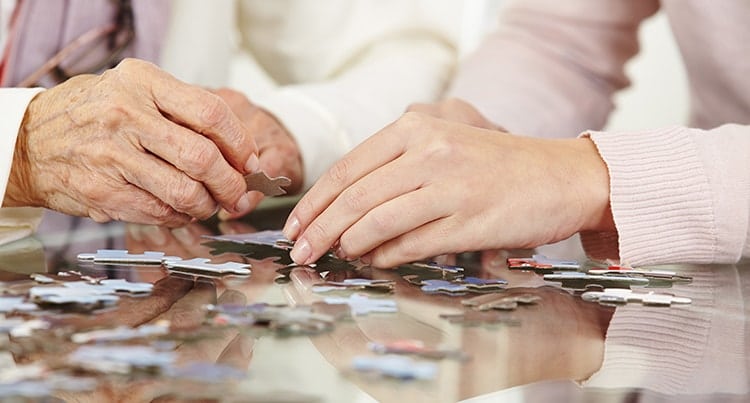 There are two standards any study on this question must meet. It’s got to be large enough that any insights would be statistically significant. And it’s got to be long enough to definitively show that people with untreated sleep apnea develop dementia while those getting treated don’t.

The exact size for the sample is a hard question, but we’d ideally like to see 1000 or more because of a flaw in the study design (more on that later). Realistically, though, we may have to settle for a few hundred.

Then the next question becomes how long the study should be to get good results. Researchers setting up this study note that it could be as much as 10 years between the onset of sleep apnea and the onset of dementia. So, then we’d like to see this new study be 10 years long.

Sleep apnea impacts so many systems in the body that it’s sometimes hard to figure out exactly which disruption is the critical one that leads to dementia. There are currently two leading theories.

One is amyloid beta. Amyloid beta is a protein-like compound that forms plaques in the brain and can cause Alzheimer’s disease. During sleep, the brain tries to clean itself by removing amyloid beta, but when sleep is interrupted by sleep apnea, not enough gets removed and the plaques form faster.

Hopefully, this study will resolve the controversy.

A Flaw in the Study Design

Although there are hopes for this study, it does have an important flaw: CPAP is the only sleep apnea treatment listed in the study design. The problem is that low compliance rates for CPAP will inevitably interfere with the results of the study.

We’ve seen it happen before. Low compliance rates with CPAP reduce the effective study population until the results are no longer statistically significant. And then we see headlines that sleep apnea treatment doesn’t help.

Hopefully, in this study, patients who don’t adapt to CPAP are moved to another treatment option, such as oral appliances, not allowed to just go without treatment.

Sleep apnea treatment has been shown to help with many damaging effects such as high blood pressure, diabetes, and daytime sleepiness. We believe that this new study will show that it is also effective for reducing the risk of dementia including Alzheimer’s disease.

In the meantime, there are many benefits for treating sleep apnea, and the sooner you start, the greater the benefit. To learn how sleep apnea treatment can help you, please call (303) 691-0267 today for an appointment with a Denver sleep dentist at the TMJ Therapy & Sleep Center of Colorado.

By Dr. Kevin Berry|February 15th, 2018|Sleep Apnea|Comments Off on New Study Will Tell Us Whether Treating Sleep Apnea Prevents Dementia