Is Tyramine to Blame for Your Migraines?

Migraines remain mysterious. Despite all our research, we don’t really understand what causes them. For people with migraines there are typically many triggers that can lead to the development of headaches. For many people, diet is a big part of their migraine triggers, and when people have a dietary migraine trigger, a compound known as tyramine is one of the most common suspects. 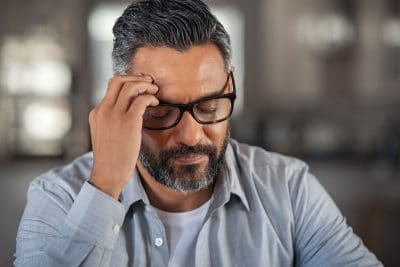 Tyramine is a monoamine and a neurotransmitter that seems to be involved in regulating blood pressure, among other functions. We know that people who have too much tyramine can suffer elevated blood pressure, as well as headaches.

The body regulates tyramine and other monoamines with monoamine oxidase (MAO). People who don’t have enough MAO can experience blood pressure spikes, headaches, and other effects from consuming tyramine. Some people have naturally low levels of MAO, others might experience low-MAO levels because of medications. There are several types of MAO, and they’re not identical, although they function in similar ways.

It might be possible to increase the activity of MAO by improving the amount of free calcium in the body. However, clinical studies have not shown whether this is a good way to improve the body’s ability to process tyramines.

Increasing blood pressure and headaches from tyramine were known in antiquity. The effect was associated with cheese, which resulted in some unpleasant physiologic effects for some people. In recent times the effect was rediscovered when a neurologist noticed that his wife had acute blood pressure spikes and headaches from eating cheese when she was on a monoamine oxidase inhibitor (MAOI), an early type of antidepressant.

Monoamine oxidase is the enzyme that breaks down tyramine in the body. When it’s being inhibited, a person ends up with too much tyramine, causing blood pressure spikes and headaches.

Although tyramine effects are commonly known as the “cheese effect,” there are many types of food beside aged cheese that are high in tyramines. These include:

For many people, these high-tyramine foods will trigger migraines. If your headache diary finds a link between  your headaches and these types of foods, it is time to consider using a low-tyramine diet to try to reduce  your migraines.

Switching to a Low-Tyramine Diet

If you think that tyramine is contributing to your migraines, cutting it out of your diet could help. Here are some strategies to help you change your diet from foods high in tyramine while maintaining proper nutrition. In addition to the below substitutions, try to avoid high-tyramine condiments such as soy sauce and MSG.

Aged cheeses are the most common source of tyramines in the standard American diet. It includes most types of cheeses people eat regularly, including cheddar, Swiss, mozzarella, provolone, and more.

However, you can substitute other cheeses into your diet such as American, cottage cheese, farmer cheese, ricotta, and cream cheese. You can also get your dairy in the form of milk, and a limited amount of yogurt.

You want to avoid any type of dried or salted meat, which means making sure that all your meat intake is from freshly processed sources. This means giving up pepperoni, salami, and related products.

You can still enjoy some salted meat products in moderation. This includes bacon, sausage, corned beef, and the like.

Getting on a low-tyramine diet is especially hard for vegetarians. With cheese, nuts, broad beans, and most soybean-based proteins off the list, it can be difficult to get enough protein.

Making alcohol depends on fermentation. This means that most alcoholic beverages will be problematic for people trying to avoid tyramine. Beer, wine, and many liqueurs should be avoided.

Instead, you can have many distilled liquors, which remove tyramine and other fermentation products. This includes gin, rum, vodka, and whiskies such as scotch or bourbon.

So now we come to the big question: will cutting down on tyramine eliminate your migraines? That’s complicated. If you have dietary triggers, try using the tyramine-free diet to try to cut down on or eliminate tyramine. For people with tyramine triggers, this should definitely cut down on the number of headaches and their severity.

For others . . . there will likely be no effect.

As a migraine sufferer, though, you have probably tried many different migraine treatments. Another treatment to try, if you haven’t already, is TMJ treatment.

By eliminating excess stimulus on the trigeminal nerve and eliminating tension headaches, TMJ treatment can make your migraines less frequent and less powerful.

If you would like to learn more about treating your migraines through TMJ treatment, please call (303) 691-0267 for an appointment with a TMJ dentist at the TMJ Therapy & Sleep Center of Colorado.

By Dr. Kevin Berry|December 29th, 2021|Migraine|Comments Off on Is Tyramine to Blame for Your Migraines?