What is Sleep Apnea?

You’ve probably heard of sleep apnea before and you may even be aware of some of the symptoms of the condition. When it comes to this condition most people are oblivious to just how damaging the condition is. What people don’t know is that when someone is suffering from it, they stop breathing hundreds of times a night. Wouldn’t you be worried if someone you knew suddenly stopped breathing randomly? Since this all takes place at night many tend to be completely oblivious of the problem and move on with their days, unaware of the damage being done to their bodies every night. These pauses in breathing can last anywhere from 10 seconds to a minute or longer before your brain awakens your body to resume breathing. This fragmented sleep over a long period of time wrecks havoc on our internal organs. In fact, it has been shown that it may cause or contribute to problems with stroke, heart disease, and ultimately organ failure and death if left undiagnosed and untreated. Call (303) 691-0267 or make an appointment online at our Denver sleep apnea treatment office today. 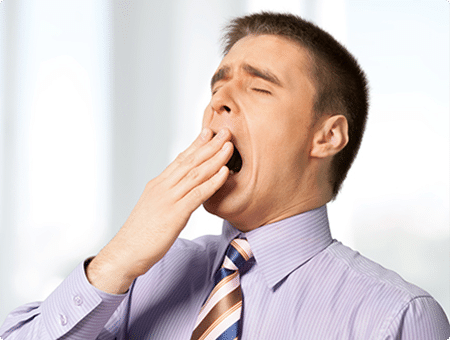 Sleep apnea can prevent breathing while you sleep, leading to unwanted symptoms and other health issues . The great news is treatment is available. 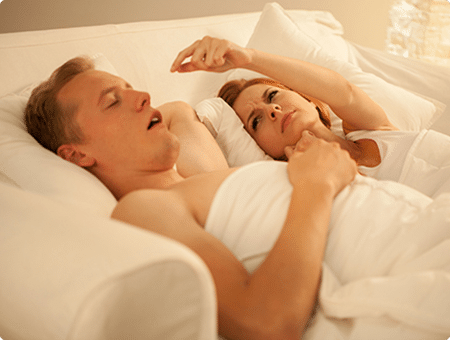 Snoring is usually viewed as a minor inconvenience, but it’s a major sleep apnea symptom. Luckily, we have the treatment you need.

One of the most common symptoms of sleep apnea is daytime sleepiness, which is easily measured by the Epworth Sleepiness Scale.

If you think you may be suffering from it you’ll want to consult a Denver sleep dentist as well as a sleep physician who will work together. The sleep physician will diagnose you and our Denver office will treat your sleep apnea if you’re a suitable candidate. When it comes to such a predicament there are three different types that patients can suffer. It’s important to know the specific type you have so that the proper treatment can be administered to you.

The most commonly seen type is obstructive sleep apnea (OSA). This is caused by a blockage in the airway that disrupts the natural breathing pattern. This obstruction can be caused by various factors such as a poor sleeping position, genetics, obesity, and enlarged soft tissues such as the tonsils, adenoids, and the tongue. Conditions such as allergies and respiratory infections can also cause temporary OSA.

The second kind is central sleep apnea which is caused when the brain does not send and/or receive the proper signals that control breathing. This happens when there is an imbalance in the part of the brain known as the respiratory control center.

But people can have both types, and sometimes this is described as a third type of it, called either mixed or complex sleep apnea.

If you think you might have OSA, make an appointment with Dr. Berry for life-changing treatment.

Sleep apnea can be difficult to diagnose because many of the symptoms are overlapping and common for other conditions. 80% of all patients go undiagnosed, underdiagnosed, and untreated. Make an appointment with your Denver sleep dentist. Dr. Kevin Berry focuses on sleep apnea and has the experience and abilities to treat your sleep disorder.

Some symptoms occur during the night, but others show themselves during the day. Monitor yourself for these symptoms:

Untreated sleep apnea can cause secondary conscious such as: 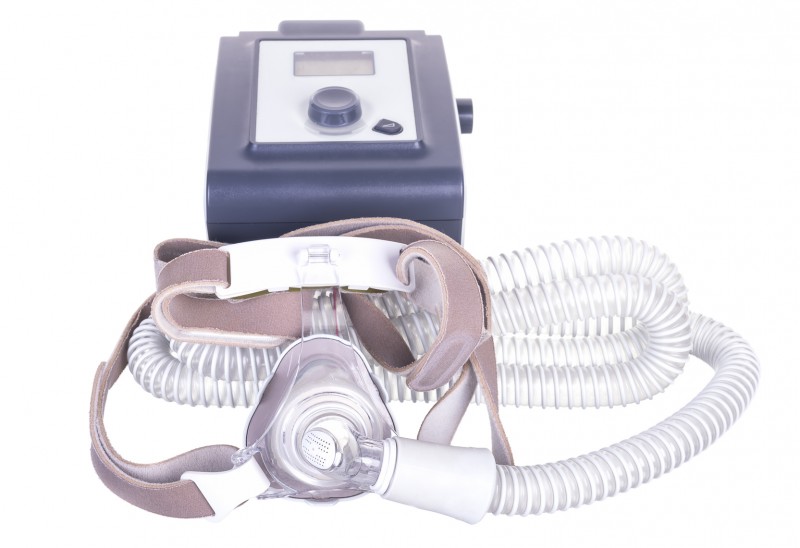 CPAP isn’t the only option to treat sleep apnea 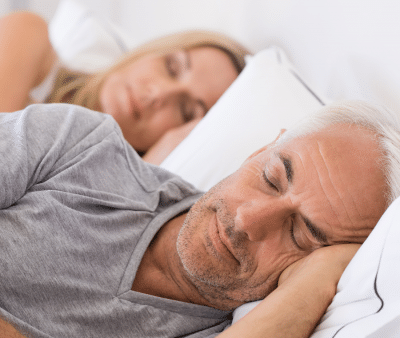 Rest With Quality & Safety Each Night

Don’t allow this condition to put your life at risk each night. Suffering from this problem in Denver is something that you don’t have to deal with any longer!  Thanks to advances in treatment methods, there are several different types of treatment that have proven to be effective in both the short and long run. It is best that this treatment is provided to you as part of a cooperative effort between a sleep physician and a sleep dentist. Remember, your life is at risk each night you go to sleep without treatment.

If you’re ready to sleep better at night, stop snoring, and wake up feeling refreshed, come to Dr. Berry’s Denver office for treatment. After proper examination and consideration of your condition, Dr. Berry may be able to provide you with a sleep apnea appliance that will keep you breathing freely at night. To learn more about CPAP Alternatives, call (303) 691-0267 to set up an appointment time to meet with Dr. Berry. For your convenience, you may also contact us online.

Send Us An Email!

Want to book an appointment or learn more about our services?
Contact our office!