A consultation with Denver sleep dentist Dr. Kevin Berry can help reveal the causes and point you toward the best sleep apnea treatment option. Please call (303) 691-0267 for an appointment with Dr. Berry at the TMJ Therapy & Sleep Center of Colorado.

Although the conditions overlap, and many people have both, their causes are very different.

This is when your airway collapses during sleep, stopping air from entering your lungs. There are many factors that can cause this airway collapse. The most common cause of obstructive sleep apnea in adults is obesity. The additional weight and potentially volume of tissues in the airway causes the airway to close at night when muscles relax.

The most common cause of obstructive sleep apnea in children is swollen adenoids and tonsils.

A common cause of the disorder in both adults and children is anatomical factors creating a narrow airway that is susceptible to collapse. Some of the same developmental factors leading to TMJ can contribute to this narrowing of the airway.

There are many factors that can worsen sleep apnea. Age and a lack of exercise leads to more tissue laxity and more of a tendency to collapse. Alcohol use can also increase muscle laxity. Smoking and allergies can irritate tissues in the nose and throat, causing swelling that narrows the airway. Sleeping on your back can make the collapse of the airway more likely. Gastroesophageal reflux disease (GERD) can also cause irritation of the airway. 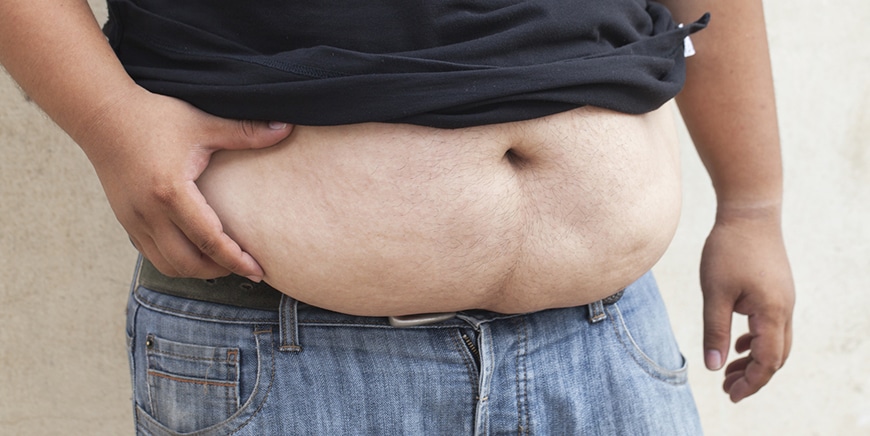 Central sleep apnea, or CSA, is a lot more complex to understand. It occurs when your brain doesn’t tell your body to breathe, which can happen for a number of reasons.

Cheyne-stokes breathing occurs when your body develops a cyclical breathing pattern where breathing effort increases and decreases. At the lowest levels of effort, you aren’t actually getting any air. This type is often related to heart failure. Some people may also develop this type of apnea at high altitudes.

Some medications, especially some types of opioids, can lead to irregular breathing, including times that you’re not breathing at all.

Some medical conditions can lead to central sleep apnea. This includes those that affect the brain or brainstem, such as stroke, brain infections, or cervical spine injury. Parkinson disease can also lead to CSA.

Some people develop CSA as a result of treating obstructive sleep apnea with CPAP. CPAP interferes with the feedback mechanisms that control breathing, leading to brain confusion.

Finally, there are some cases of CSA that don’t have clear causes.

If you are concerned about the appearance of sleep apnea, and want to learn more about your treatment options, please call (303) 691-0267 for an appointment with Denver sleep dentist Dr. Kevin Berry at the TMJ Therapy & Sleep Center of Colorado.