If you think you might have central sleep apnea, we can help you get an appropriate diagnosis and treatment. Please call (303) 691-0267 for an appointment with Denver sleep dentist Dr. Kevin Barry at the TMJ Therapy & Sleep Center of Colorado in Denver.

CSA has many of the same symptoms as obstructive sleep apnea, such as:

However, central sleep apnea is not usually associated with snoring unless a person has obstructive sleep apnea as well.

If CSA is related to nervous system damage, you might notice other symptoms related to the nerve damage, including: 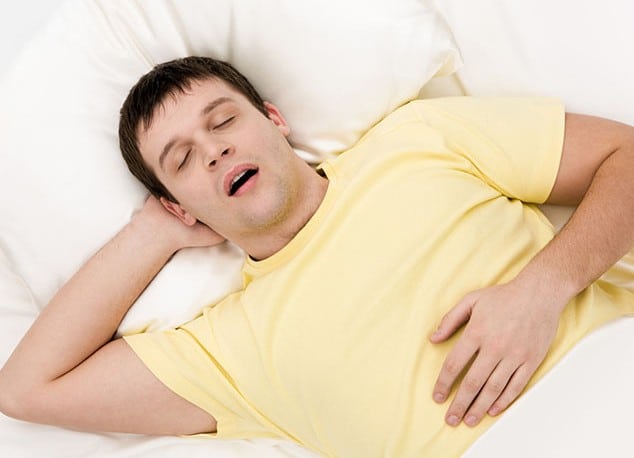 Medical Conditions That Can Cause CSA

Central sleep apnea is often secondary to other medical conditions, such as:

Sometimes medications or treatments–including CPAP–can trigger this type of apnea.

Cheyne-Stokes breathing is similar to CSA. In fact, some people classify it as a type of central sleep apnea. In Cheyne-Stokes breathing, your body gets into a breathing pattern where you breath quick and shallow during sleep, then gradually diminish breathing until you stop breathing altogether. It’s a cyclical pattern that can repeat every two minutes or so.

Cheyne-Stokes breathing can be caused by heart damage, kidney damage or failure, and even travel to high elevations.

Does Your Apnea Need Treatment?

Central sleep apnea is sometimes transitory and may not need treatment. This is especially true if your CSA is largely asymptomatic. If you aren’t feeling the effects, it may not be worth treating.

For many other cases of central sleep apnea, treatment is directed at the underlying condition, such as heart or kidney problems.

Oral appliances and lifestyle interventions, such as weight loss or increased exercise are not effective on CSA. Oral appliances cannot treat central sleep apnea because the airway is not compromised, just the body’s breathing signals.

Treating central sleep apnea generally relies on CPAP. This ensures the body is constantly getting access to air, even when it stops breathing. Unfortunately, CPAP can also increase the severity of CSA, so that once people start on CPAP, they may come to depend on it. Supplemental oxygen and other forms of respiratory support may also be used for CSA.

If you would like to learn more about central sleep apnea in Denver, please call (303) 691-0267 for an appointment at the TMJ Therapy & Sleep Center of Colorado.

Our office will be closed December 26th in observance of the holidays. Happy Holidays to you and your families! Call (303) 691-0267 to book an appointment. Ok
Go to Top